Showing posts from January, 2010
Show all

It Never was an issue of trust..

- January 24, 2010
Really. I dont think its an issue of you trusting me or im trusting you. Its not that you think i will do things that you dont want me too if you were to trust me. NO. a big no. i think it was never an issue of trust to begin with. Its PERCEPTION. Perception. How things are seen in YOUR view. How you see things. You see a old guy in a suit walking side with a young gorgeos lady, u say shes a hooker. You see a specky holding a book, u say a nerd. You see one person typing some text onto a black box on the screen, u call it hacking. Demmit, shes his daughter, his the curator and that person is doing it support, pinging some routers! grrr! Well, it can't be helped, its your subconcious, its the same thing with terrorist and bombs (no offense meant to anyone). Wuts the first image in your mind? DONT lie to me. Its arabs innit? see? see wut just happen? perception, its implanted in your medula oblungata, (is this correct?), so be it, its the same as "H.A.C.K.e.R". Some dude
1 comment
Read more

- January 19, 2010
hye o/ its been a month and a half now, since i first started at ipserverone. Hm.. its good to be where one actually recognize you for what you are. its good to be among those whose passion is the same as yours.its good you dont have to pretend what you are not. :) so, what i do at ips1? whats my post? er... honestly, im not sure myself. ahahaha.. boss.. do provide your staff with name cards la.. at least we can refer to the 'post' there.. haih chincha~ erm.. pehaps im a support engineer or a system engineer.. or rather.. a system support engineer? ahhha NOPE! its a 5 men show. well, technical wise that is.. the boss, who how-in-the-world-he-just-know-everything, and 4 underling.. (mi~ o/ mi~ o/) so basically, all of us do everything. literally everything.. well, not all for me yet maybe.. im just a noobs whos been there for only a month and a half.. joey, and kenji, the seniors.. well, they are what we called demkit-otai-baQ! and howmun, well, hes our programmer :D he is bas
1 comment
Read more

Posting from my Email :D 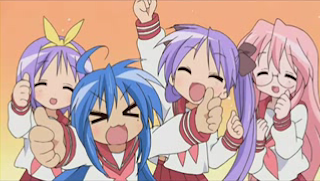